In the 1800s, polygamy practiced by Mormons in the Church of Jesus Christ of Latter-day Saints created complications between the Mormons and non-Mormons in the state of Utah. Polygamy is when a man has more than one wife at the same time. Non-Mormons urged Congress to pass an act making polygamy illegal. In 1882, Congress passed the Edmunds Act, also known as the Edmunds Anti-Polygamy Act, which barred members of the LDS Church from practicing polygamy and created punishments by law for those found guilty of it. 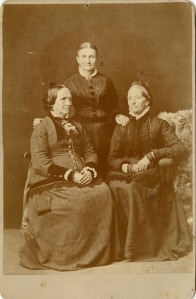 It is important to know the history of plural marriages in Utah in order to understand why the Edmunds Act was passed. According to the LDS Church’s website in an article titled “Plural Marriage and Families in Early Utah,” Joseph Smith, the founder of the church, claimed to have had a revelation from God that instituted plural marriage among the members in the early 1840s. It is believed that Smith received this revelation and made sense of it through the readings in the Book of Mormon, specifically in Jacob 2:30, where the scripture reads of God commanding followers to increase the number of children born into the gospel covenant and to “raise up seed unto me.” Mormons believed God ordained their practices, but non-Mormons didn’t agree with this and this created opposing opinions in the Utah Territory.

The question of whether Congress should interfere with the church’s practices and punish polygamy by law was debated in the newspapers. On January 1, 1882, the Deseret News quoted an article that was published in Century magazine that observed that the “Mormon problem was a local disturbance and nuisance and not a national difficulty.” Referencing the Edmunds Act that was about to be passed, the author argued that the punishments of conviction were unfair. He said it was unfair to bar all people who believed in polygamy or practiced it from serving as jurors in polygamy trials. The author claimed this was “a packed jury,” meaning it was an unfair selection and gave no chance to the person being prosecuted. 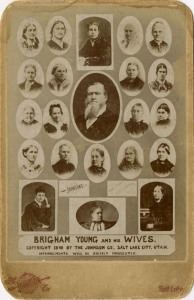 Although some viewed the passing of the act as unfair, most non-Mormons in the Utah Territory thought it was just. According to the Ogden Herald on January 4, 1882, the practice of polygamy in the Utah territory divided the Mormons and non-Mormons and created much tension. It was believed that if the practice was stopped, there could be greater peace and harmony in the territory.

The Salt Lake Herald reported another example of an opposing opinion on January 24, 1882, claiming that the act was denying rights and privileges that all citizens deserved and was singling out one religion in punishment. The Salt Lake Herald noted that “denying them privileges of citizenship seems to be a hobby with a good many anti-Mormons” and added, “we believe the suppression of polygamy will prove a sorry failure, should it pass.” But, regardless of the opposition, the Edmunds Act was soon passed.

The Salt Lake Herald reported on January 24, 1882, that the Edmunds Act consisted of three characteristics. The first was that it made it easier to find evidence to convict someone of practicing polygamy. Officials only had to demonstrate that there was more than one woman living with a man in the same house. The act also was explained in the Ogden Herald on January 26. The Deseret News reported on February 2 that the main purpose of the act was to “simply put Utah into political control of the minority.” The exact wording of the act is,

The act was passed to create a punishment for those practicing polygamy with the goal of ending it completely. But, as one scholar points out, the provision that denied polygamists the right to vote had consequences for women. Mormon women who cohabited were disenfranchised after being granted the right to vote in 1870 by Utah’s territorial legislature. (Finkelman, 322)

After the act was passed the members of the church had to figure out how to deal with their existing relationships, possessions, and offspring and learn to live a monogamous lifestyle. It was a hard transition for them and some continued to practice for a while, which exacerbated the animosity in the state. The Salt Lake Herald reported on May 7, 1882, that polygamy was prevailing in spite of the laws of the US Congress and that “open violation of authority of this government has frequently occurred.” The article stated that non-Mormons viewed the Mormons as intolerant, wrangling, and that they ultimately had “weakened the authority of the United States.” Though persecution still raged against Mormons who were trying to deal with the transition, eventually the church strongly forbadd its members from continuing the practice of polygamy.

According to the church’s website in the article titled, “Plural Marriage and Families in Early Utah,” in 1890, eight years after the Edmunds Act was passed, Church President Wilford Woodruff issued a “Manifesto” declaring his intention to abide by the law forbidding plural marriage. He said he would use his influence to convince the members of the church to abide by the law as well. Then, in 1904, the LDS Church strictly prohibited any new plural marriages and since then, polygamy has been forbidden among the members of the LDS Church.

According to a transcript of a talk given in General Conference on the LDS Church’s website titled “Do Not Practice Polygamy,” former LDS President Gordon B Hinckley, who served from 1995-2008, said that if any members were caught practicing polygamy, they would be excommunicated from the church. Excommunication means that their records are taken away from the church, they are no longer recognized as a member, and are denied all privileges of membership.

Even though it took many years after the act was passed, the Edmunds Act was the final law against polygamy that had a lasting influence and greatly impacted the acceptance of Mormons throughout the world. The Huffington Post reported on February 18, 2016, that 51.41 percent of Salt Lake County residents identified as Mormon. Neighboring Utah County was 80 percent Mormon. By following the laws of the land, this immense number of Mormon people can live more peacefully and without opposition and resentment from the government and others in their community. To that end, the LDS Church disavows the “fundamentalist Mormons,” a sect not affiliated with the church that still practices polygamy because members believe it “brings exaltation in heaven.”

Jenna Davis graduated from The University of Utah in 2017 with a major in journalism and a minor in French.

Hinckley, Gordon B. “Do Not Practice Polygamy,” transcript, The Church of Jesus Christ of Latter-day Saints, http://bit.ly/2lSphyz.

“Plural Marriage and Families in Early Utah,” The Church of Jesus Christ of Latter-day Saints, http://bit.ly/2mq7dtw.