In the years leading up to WWll, jobs were in short supply. However, once America entered the war, that all changed. Because so many men signed up, employees of every kind were desperately needed. Nurses were perhaps needed most. 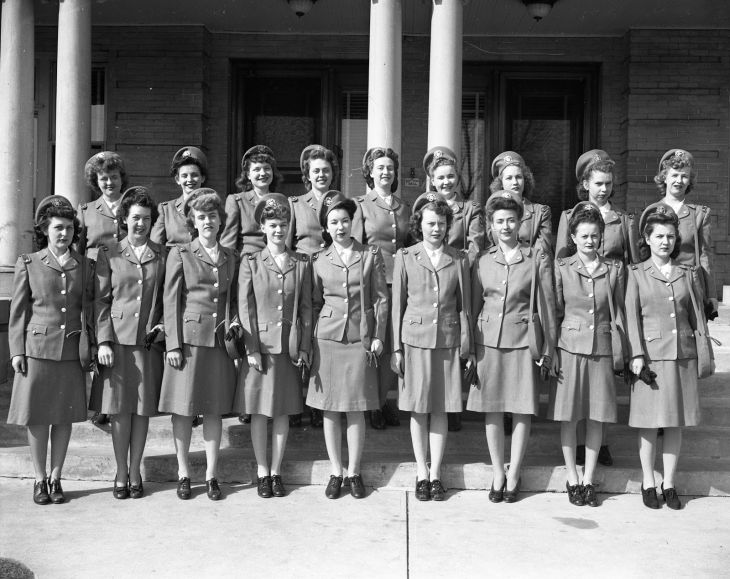 In 1943, Frances Bolton introduced a bill to create a governmental program to recruit and train nurses. (“Short History”) It passed just a few months later. This led to a countrywide mass recruitment, particularly in universities. The University of Utah formed a club for all Cadet Nurses and even practiced drill with other ASTP, or Army Specialized Training Program, students. They often got in uniform and stood in formations and even ran practice exercises. (Cutler) There were numerous advertisements calling women to join the U.S. Cadet Nurse Corps, similar to the advertisements calling men to join the service. At one point, 80 percent of nurses in the United States were part of the U.S. Cadet Nurse Corps. (“Short History”) 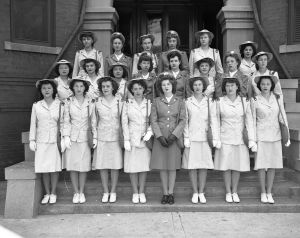 Their 30-month training was rigorous and demanding. There was a lot of school work as well as training, not to mention the strict curfews. (Bergman) But they all said they felt an obligation to help the young men and their country.

One nurse, Eunice E. Smolak, was assigned to Bushnell General Hospital where she treated wounded servicemen and prisoners of war. She wrote about how difficult it was, emotionally and physically, to care for those wounded soldiers, and that she would never forget those experiences. (“We Remember”) Each nurse was greatly affected by what she saw and heard in those hospitals. It was not an easy job. It was physically, emotionally and psychologically demanding. However, despite the hardship each cadet nurse faced, they were not considered veterans.

Numerous pleas have been submitted asking to change the status of cadet nurses to eligible veterans. A wave of activism has swept across the country. Former cadet nurses are sending letters and calling all their cadet friends and acquaintances, letting everyone know what they are trying to achieve. Letters were sent out begging for signatures on their petition. Cadet nurses and their families have sent letters to the editor in newspapers all over the country, including the Columbia (MO) Daily Tribune, asking for recognition of their efforts and sacrifice. The U.S. Cadet Nurse Corps is, in fact, the only uniformed force that has not received veterans status. That means they do not qualify for any of those benefits and services. (Karins)

On February 6, 2017, H.R. 1168, the United States Cadet Nurse Corps Equity Act, was introduced to Congress. It states that any member of the United States Nurse Corps who served between July 1, 1943, and December 31, 1948, is qualified to full veteran status, including all benefits, although those benefits won’t be back-paid. (Lowey) Seventeen representatives cosponsored the bill. However, despite all the effort put in by so many, nothing has come of it. Almost two years later and it has still not passed in the House of Representatives.

Thousands of women sacrificed so much of their time and energy, just doing their duty to their country and their fellow Americans and the least we can do is give them what they are owed. If we wait much longer, there will be no nurses left to recognize.

Catherine Simmons is a Utah resident who has a degree in communication from the University of Utah. She is married with a beautiful puppy.  She loves history and reading and dreams of becoming an author.

Bergman, Julia. “All but forgotten: Cadet nurses reflect on service during WWII,” The Day, November 3, 2018.