Edwin Evans was an influential artist from Utah, a professor at the University of Utah, and the holder of various positions of prestige including president of both the Utah Art Institute and the Society of Utah Artists.

Born in Lehi, Utah, on February 2, 1860, his first art venture began in the fall of 1888 when he took off to Paris for a two-year course in drawing and painting at L’Academie Julien where he developed his skills. His talent was obvious, and according to William C. Seifrit, “Evans had quickly caught the spirit of art prevailing in Paris during the 1890s.” (“Letters from Paris,” p. 190)

After his training, Evans went on to create various pieces of historical artwork when he painted interior panels in the Mormon Temple in Salt Lake City from 1918-1919, did art research work in France from 1920-1922, exhibited at the World’s Fair in 1893, and had several of his pieces featured in local exhibits, which won a number of awards. Evans received considerable praise for his work, and according to the Utah Chronicle on April 17, 1941, he was, at the time, “One of Utah’s most outstanding educators and artists.”

Perhaps though, Evans’s most notable achievements came forth with his extensive involvement in art education in public schools and at the University of Utah, where he was head of the art department for 23 years. In 1897, Evans and fellow Utah artist J. T. Harwood displayed their passion for creative art curriculum in schools by addressing a letter to the Board of Education in Salt Lake City. Published by the Deseret Evening News on February 5, 1897, the letter read, “The aim of teaching drawing in the public schools should be to train correctly the perception, cultivate the creative faculties, aid in the expression of ideas, discipline the hand, and lead the pupil to think and work independently.” 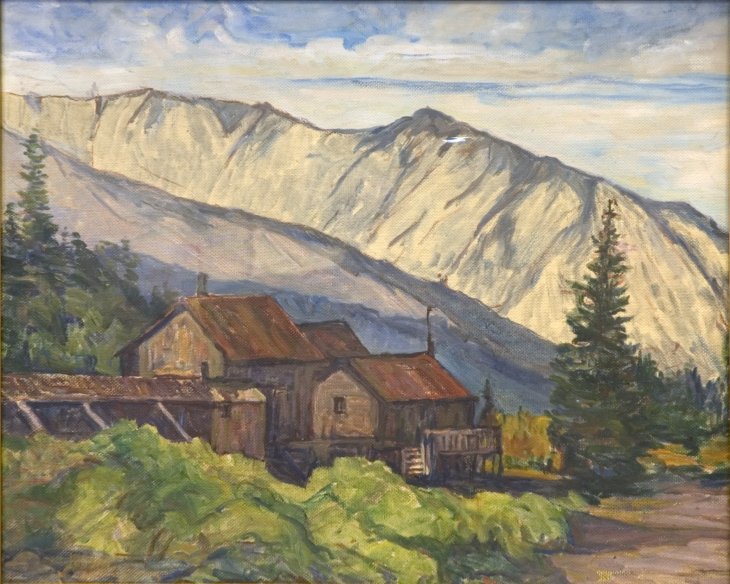 Evans’s influence continued on when The Salt Lake Tribune reported on May 25, 1902, that he and other art professors at the University of Utah had arranged a textbook on art and drawing, in response to their dissatisfaction with current art textbooks. In an interview with Evans in 1938, conducted by Mabel Frazer for the Works Progress Administration, Evans reflected on his influence on art curriculum in the school system saying, “I feel that I did a valuable service to the public schools of the state when in the late nineties I spent a lot of time covering over three years, in an effort to have the pernicious system of drawing then in use in the state abolished.”

Along with teaching art classes while at the University of Utah, Professor Evans gave several lectures that enlightened and inspired his students. On April 1, 1912, The Utah Chronicle reported on a lecture he gave on art in which he said, “In painting, as in all things, individuality scores most toward the acquiring of success.” Evans had made a lasting impression on his students and local art. In the same 1938 interview done by Mabel Frazer with Evans, she reflected on his influence on her life, saying, “I don’t believe any other man in Utah has sent so wide an influence through his students. When I first studied with him he put color above form. Later he became interested in sculpture, and form and structure became vital elements in his expression. But he has remained true to his own ideals through his whole evolution. Never borrowing the mannerisms of individuals or schools. He is a decorator and colorist par excellence.” 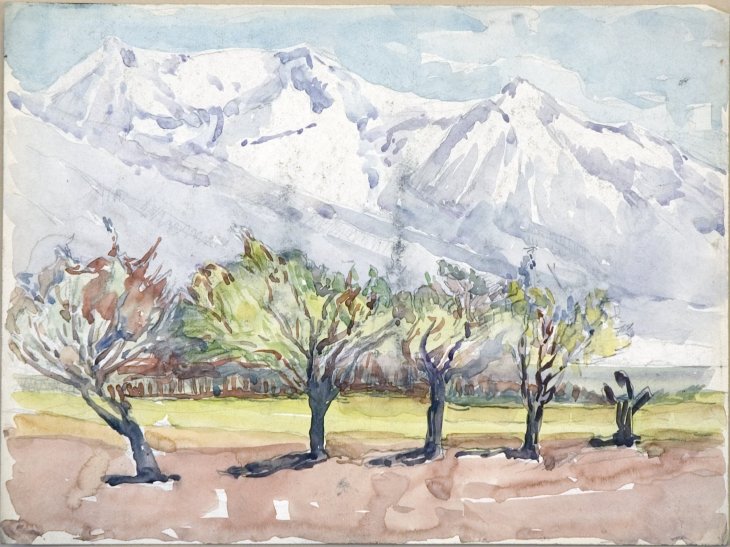 His artwork was also honored and displayed at the university various times. Toward the end of his career, The Utah Chronicle reported on April 24, 1941, that Professor Edwin Evans would be presenting an art exhibit featuring 141 of his paintings. The exhibit was the culmination of years of hard work and lasting influence on the art community in Utah, which would tragically be one of his last artistic appearances before his death on March 4, 1946. According to the Lehi Sun on March 7, 1946, Evans had planned on bringing two additional paintings to an exhibit he had recently established at Lehi High School’s library just two weeks before his death.

Edwin Evans inspired his students with an expressive and creative method of teaching, setting an example of academic excellence that would be appreciated for generations to come. Adequate funding for the arts in the school system has been an issue in the U.S. for many decades, including the present day. Passionate professors like Evans will always be vital for the survival of art classes in schools, and for the fostering of an intellectually stimulating learning environment. His legacy lives on through this very idea.

Hannah Whitney Peterson is a senior at the University of Utah where she is majoring in communication and minoring in environmental and sustainability studies.